Debbie Karvey, as Georgia Public Policy Chair was able to attend a lobby day event sponsored by the Leadership Conference on Civil and Human Rights. This event, on November 19th, took place in Washington, DC, with coalition organizations, including AAUW, gathering together to garner senate and house support for key inclusions in the rewrite of the Elementary and Secondary Education Act (ESEA.)

Originally penned during the civil rights movement to provide equitable education for all children, this bill was most recently reauthorized as the No Child Left Behind Act. It became apparent that the existing law needed improvements as it was no longer serving its purpose. Recently President Obama signed the newly re-authorized bill now called, Every Student Succeeds Act (ESSA.)

The 4 key issues requested by coalition members of their Senators and Congressmen were: 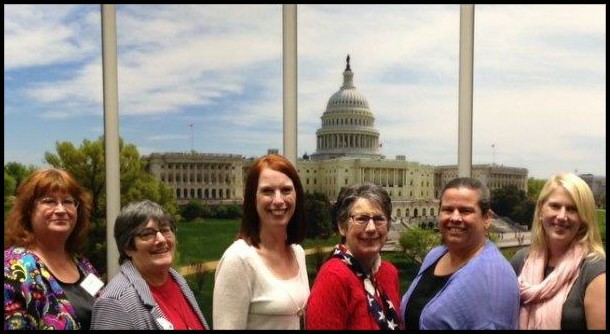 Coalition members this past week participated in a follow up call organized by the Leadership Conference. Materials, strategies and oversight will be made available. The new law places responsibility on states and local government to enable every student to succeed. Accountability and equity of resources are included in the bill, but cross-tabulation and federal oversight have been minimized. It will be an important new bill to monitor here in Georgia, especially as non-profit and parent advocate groups earlier this year petitioned Governor Deal to improve GNETS schools – claiming disabled students civil rights are being denied by segregating them in inadequate schools.

In the beginning of December, at the invitation of Georgia 9to5’s Charmaine Davis, Debbie Karvey attended the annual meeting of the Family Values @ Work organization in New York City at the Ford Foundation. Coalition members representing agencies and non-profits across the country attended. As of the meeting, three states have successfully added paid sick leave to governing statutes. Key take-aways are intersectionality of issues and the need to establish relationships with voters to share and care about family values at work. There is still a lot of work to do.

Georgia coalition members continue to work to pass the Family Care Act (FCA.) This act would provide a definition of today’s family, enable employers with 10 or more employees to extend earned sick leave (paid or unpaid) to care for family members without fear of losing his/her job and allot up to 5 family sick days per year. The mutually beneficial productivity and morale is a win/win for all. AAUW members will be asked to rally and support the passage of the FCA in 2016 … it has a good chance of being passed as coalition members strategize and plan. The current plan is to introduce the bill in both senate and house at the same time. 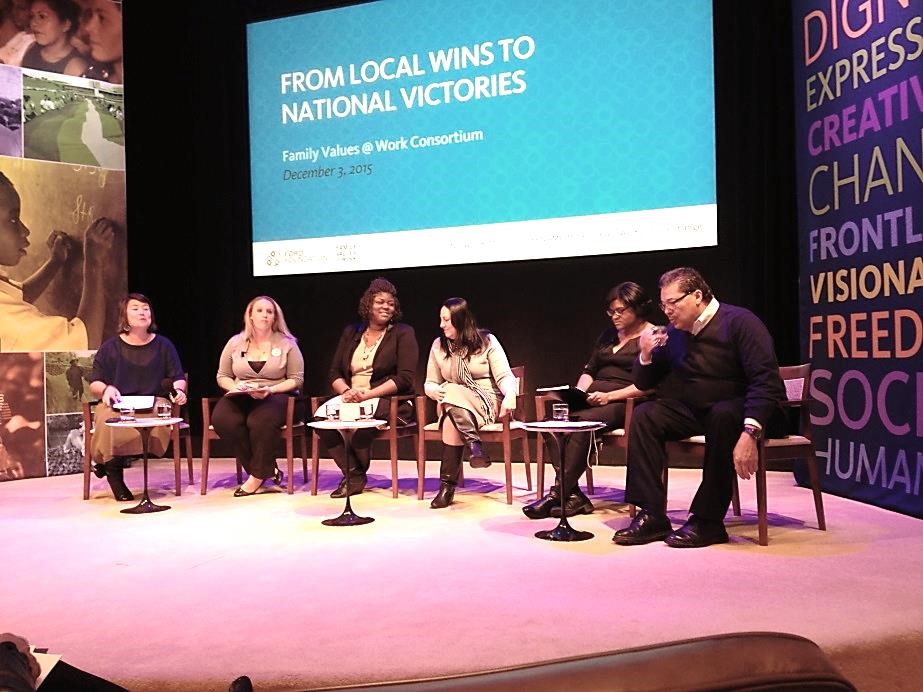 In 2013-2014 we accomplished so much and that could not have happened without our members and supporters.

Moving into this new season we are dedicated to progression and growth not only in our membership but also in our policy work.

Through hard work we have created an AAUW GA Policy Toolkit to streamline our effectiveness in doing policy work as a state.

Want to get involved with our state wide policy work, but don’t where to start? Check out the AAUW GA 2014-2015 Policy Toolkit today!

Keep up to date with pol­i­tics in Geor­gia with the Polit­i­cal Digest.

Elec­tions results  can be found at the Sec­re­tary of State.

The state iden­ti­fied the fol­low­ing sig­na­ture projects for the year. They  are the Geor­gia Lobby Corps and the 2012 Project.

Estab­lish a list of peo­ple for grass­roots lob­by­ing, includ­ing branch mem­bers and national mem­bers in Geor­gia. The Pub­lic Pol­icy com­mit­tee will send them alerts as to what is com­ing up in the leg­is­la­ture for a vote, and encour­age them to call or write to the leg­is­la­tor from their district.

A. Recruit branch mem­bers and national mem­bers to direct lobby at home: talk with local leg­is­la­tors in their dis­trict offices.

B. Recruit branch mem­bers and national mem­bers who are will­ing and able to go to Atlanta to lobby in the state house.

Use the Geor­gia Fam­ily Care Act (HB 432) as the first project work­ing in col­lab­o­ra­tion with the  Geor­gia job/Family Collaborative.

The Geor­gia Fam­ily Care Act would allow employ­ees who cur­rently have paid sick days on their job, to use them for ill­ness or med­ical appoint­ments, for them­selves, a child, spouse or elderly par­ent.  Pro­posed leg­is­la­tion would not require any employer to add addi­tional sick days, only to allow for fam­ily flex­i­ble use of cur­rent policy.

The sec­ond sig­na­ture project is Run for Office or the 2012 Project  to encour­age and increase the num­ber of qual­i­fied women run­ning for office in Geor­gia who sup­port AAUW mis­sion and goals. Exist­ing train­ing pro­grams will be assessed and bar­ri­ers to run­ning for office will be explored. The 2012 Project  is a national, non-partisan cam­paign to increase the num­ber of women in Con­gress and state leg­is­la­tures by tak­ing advan­tage of the once-in-a-decade oppor­tu­ni­ties of 2012.

The Lobby Corps, the Con­gres­sional Vot­ing Record, and the Voter Guides can be found at the AAUW Action Fund web­site.

Join the AAUW Action Net­work to receive timely emails on what is hap­pen­ing in Washington.

Keep track of bills or the Geor­gia del­e­ga­tion with Open Con­gress.